>I entered this photo in a competition last year and it was selected for the RIFO 2009 digital forum (digitalsolongen) exhibition. Now, this weekend I discovered that the photo was selected amoungst the best 90 photos taken by RSF members during the year and is now published in the 2009 year book! how thrilled am I! I’m now awaiting for my copy of the book to arrive…

Oddly enough this bride contacted me again before Christmas asking for a high res version of this shot so that she could print it for her mother and grandmother as a christmas present!…seems it was an all round appreciated photo. 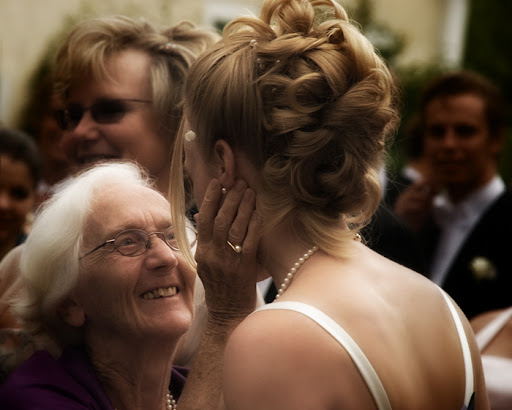 It’s interesting to look back at old photos and see how I’ve developed as a photographer. The moment in this shot is what’s important but had I seen it now I think I might have composed the shot a little differently and I’d certainly have edited it differently. But that doesn’t matter, the photo was a sucess and everybody is happy.